I think parks and green spaces have been a historically understated focus in terms of a place of nature connection and the subsequent benefits of to health and well-being that come with that relationship; and as urban communities are generally more highly diverse across all measures, be that ethnicity or other characteristics (which also correspond with often reportedly higher numbers of mental health issues), I was drawn to exploring them as a place of potentially transformational change.

My project was about telling the untold stories of Bristol’s green spaces by looking into how members of Bristol ethnic communities use the cities green spaces, what being outside meant to them, now and in their pasts, and how the pandemic had potentially shifted or morphed these relationships. I wanted to provide a platform for people’s stories to get out of their heads, into the wider world, and cause a ripple or two of positive change, beginning to complicate traditionally held narratives of what it means to be an ‘outdoorsy person’ in 21st century Britain. My personal reflections and responses noticed three pairings:

Community/solitude – people expressed how much it meant to be outdoors with others – especially during the pandemic when it was often the only place of interconnection. But it was also a precious place of solitude – of being away from the minds and inputs of others.

Discomfort/peace – that for many, being outdoors could still feel uncomfortable, physically, psychologically, and in other ways, but in that same space was a sense of peace that was often only available in the outdoors.

Risk/groundedness – for many, whether because of skin colour or gender, the outdoors could be a place of increased risk, and yet when this was accepted or overcome, there was a deep sense of being connected to something larger than oneself.

My hope for impact is to broaden the conception of what it means to be outdoors and ‘nature-connected’ in the UK, teasing apart familiar archetypes of rambling and camping to something broader and more inclusive: the local/global urban dwellers who create meaningful connections to their local green spaces. 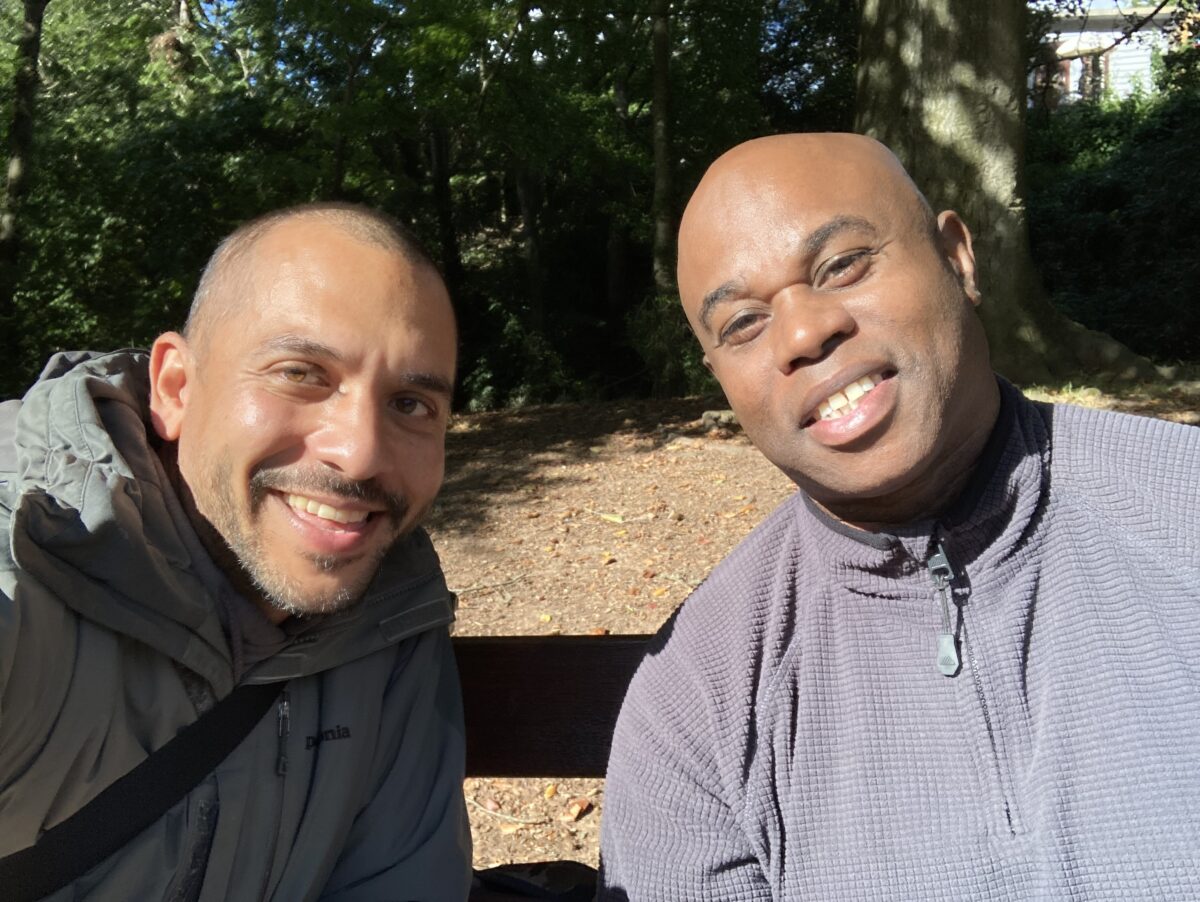 Roy held a series of one on one conversations with eight people across the city in different green spaces that were meaningful for them in some way; from the expanses of Eastville Park to the pocket of reclaimed community space named Dove Gardens in Kingsdown and is producing a podcast series to share these stories.

During the pandemic Sophie set up a walking group for women of colour called Steppin’ Sisters – it started off with just a few of her mates, but has now grown into a nationally recognised programme. Listen to Sophie’s story here

Lia is a sixth-form student in Bristol who is interested in the way politics and the environment intersect. Listen to Lia’s story here

An ex-Marine and Firefighter, Enrico started up a walking group during the pandemic lockdowns called SoulTrail Wellbeing, taking groups outside to bring benefits to their well-being and mental health. Listen to Enrico’s story here 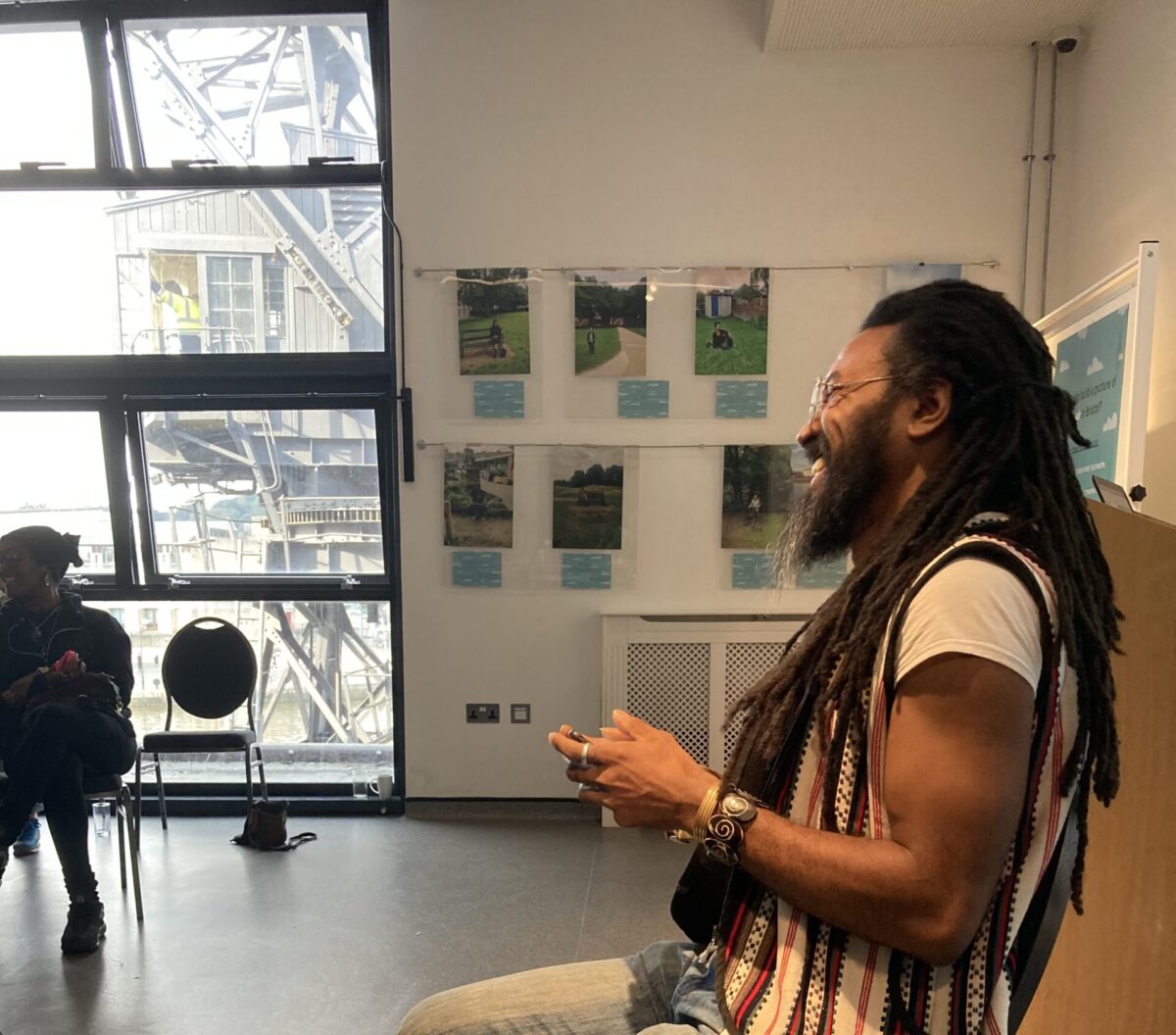 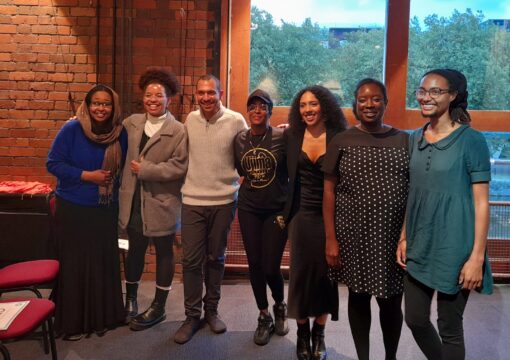 The Black & Green Ambassadors programme marked the end of Year One at Bristol’s Festival of the Future City – with outgoing Ambassadors Asia, Roy and Olivia sharing their reflections from an unforgettable year, handing over the baton to the next four Ambassadors and launching the end of year one report and film. 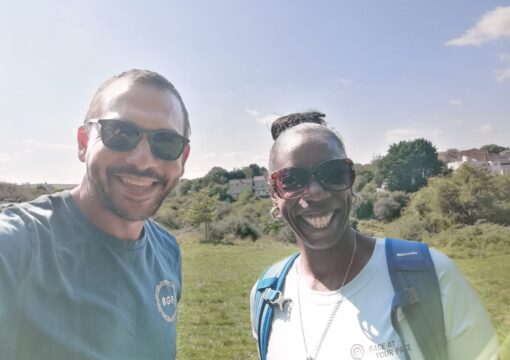 In 2021, I held a series of one on one conversations with eight people across the city in different green spaces that were meaningful for them in some way; from the expanses of Eastville Park to the pocket of reclaimed community space named Dove Gardens in Kingsdown – creating podcasts and working in collaboration with local poet, Kabbo Ferdinand, to creatively interpret these same interviews into written and spoken word pieces. 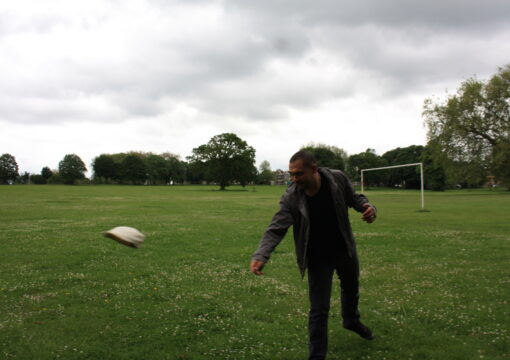 In this blog post, Black & Green Ambassador Roy Kareem tells us why he chose his research project ‘ParkLives’. Based on the Black &