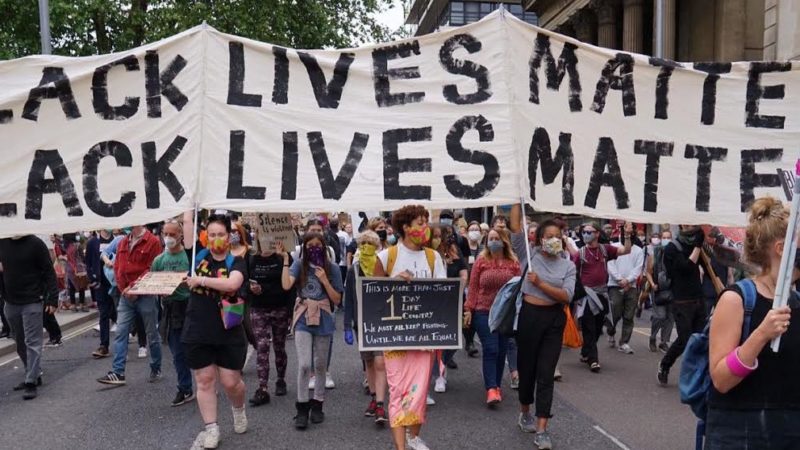 It’s been a year since the murder of George Floyd sparked hundreds of Black Lives Matter protests across the world, In Bristol, this was signified by the fall of the Colston statue.

When I see or hear the words Black Lives Matter it echoes through centuries of rebellion, uprisings and protests for racial justice and equality. Last year our young people seized the moment to reignite that protest torch.

During these twelve months, the question I have been often asked is ‘What’s changed?’ I accept for many it’s hard to chart improvement in an arena that has seen incremental progress over decades.

For every step forward there have vitriolic denials as to the existence of racism beyond police brutality. Having to make the case that structural racism exists, explain why Colston’s whitewashed history is problematic or defend athletes taking the knee has been exhausting.

My identity is my key source of strength and my heritage a source of resilience. When my mother arrived from Guyana, she made clothes for my sisters and taught me not to waste food by recycling leftovers. Many from the Windrush Generation still ‘grow their patch’ of vegetables in cities across the UK. Like many separated from their home and land, they found ways to overcome and rebuild lives and livelihoods in challenging circumstances.

Black and Indigenous People of Colour across the globe have for centuries been dealing with the challenge of environmental racism. This can be seen in the forced removal from their land of indigenous populations in the Americas and Australasia.

The Caribbean, South and North America were developed by enslaved African labour, harvested for fortunes by European empires such as France, Spain, Portugal and Britain. Britain has also benefited from natural products that have caused conflicts ranging from opium wars in Asia to blood diamonds in Sierra Leone.

Later this year we will celebrate the 10th anniversary of the Black and Green programme of environmental social activism at Ujima Radio. Together with former director Paul Hassan, we sought community stories and activists to promote healthier and sustainable lifestyles.

In 2011 we began engaging local people to become Green Citizen Journalists who documented high levels of air pollution from the M32 which divides Easton and St Pauls in Bristol. The year 2015 saw us engaged in Bristol’s European Green Capital year highlighted by the Black and Green initiative curated by Julz Davis.

In 2017 a partnership with Bristol Green Capital Partnership and professor Rich Pancost of Cabot Institute, University of Bristol we launched the Black and Green Ambassadors featuring Jasmine Ketibuah-Foley and Zakiya McKenzie with great results with additional work from Up Our Street.

Both the mayoral administrations of George Ferguson and Marvin Rees gave us tremendous support as did Bristol’s universities. All this serves as a record of partnership-working, community-led research and activism, media projects which have led to employment and enterprise

The new cohort of Black and Green Ambassadors funded by the National Lottery is now being delivered by Bristol Green Capital and Ujima Radio. Oliva Sweeney, Asia Yousif, Roy Kareem and co-ordinator Carlton Romaine will continue to engage activists and challenge the myth that communities of colour are not interested in environmental issues.

Recently with Gnisha Bevan a sustainable development consultant and current UWE Master student together we have launched a new initiative called the Black Seeds Network. We have tapped into a diverse wealth of people working within the sector.

We will be promoting the next generation of leaders and other black-led groups such as Imalya, Black2Nature and Nature Youth Connection and Education. Our activities will include skills development, networking, events, information-sharing and engaging communities. We will also be working with the Black and Green Ambassadors to develop new and exciting regional, national and international links.

Following the Black Lives Matter protest the statue of Edward Colston was symbolically dumped into Bristol’s harbourside and retrieved within hours. Our rivers and oceans; towns and cities are also clogged with pollutants that need our collective urgent attention.

It has been a year of living dangerously with coronavirus, climate change and racism taking more lives. I look forward to a future that embraces equality in an equitable climate.

This article was first published on Bristol 24/7.